Codex Urbanus, the pseudonym of the French artist born in Paris in 1974, is closely associated with his art. There's no official website, just account on tumblr or artslant. The artist describes his art as: figurative and surrealistic.

It appears as incredibly large urban encyclopedia of all kinds of species and creatures, which are the mix of prehistoric animals, video games inspirations and own artist's imagination. Of course, it's not a typical encyclopedia -  it exists only on the city walls and only for short period of time (usually). 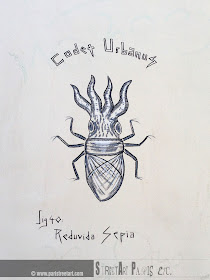 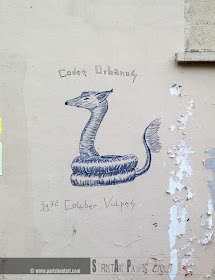 There's an interview with Codex Urbanus in French, where he explains that "Codex Urbanus is an urban work, which echoes the medieval or Aztec illustrated manuscripts." 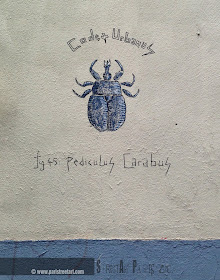 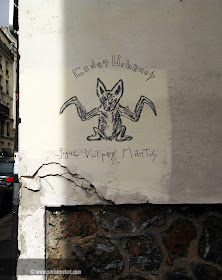 Another part of the interview: "How would you describe the style of Codex Urbanus?". "Free - would be the first adjective. I need to be very decisive whilst graphic defining the animal and at the same time very fast and stealthy. I can't afford to be as detailed with my drawings as, for instance, the painter/drawer in the Natural History Museum." 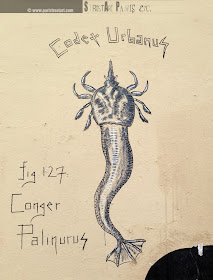 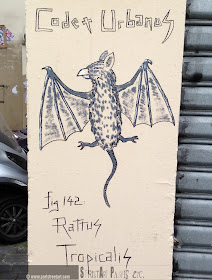 "What's the goal of you'r work?" (another quote from interview). "The first goal is undoubtedly, to offer a dream to the people and make the walls more beautiful. I like to see the interactions between the people and my animals, to see them taking photos. Second would be to create a permanent and coherent bestiary* in Paris, but it's an every day hard work, as the species disappear (under the municipal painting) from the walls very quickly." 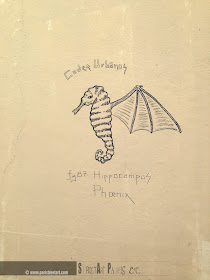 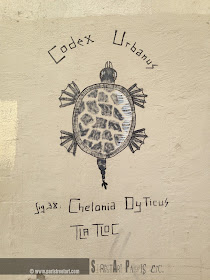 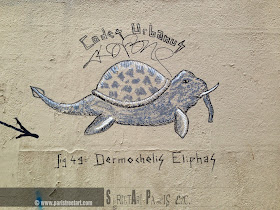